Sicilian cuisine has its own identity bursting with intense, fruity and aromatic flavours and offers a rich repertoire of dishes with locally grown delicious produce and a fantastic selection of restaurants.

Like the island, Sicilian cuisine sets itself apart from the Italian mainland. Each civilisation ever to step foot on Sicilian soil has left their mark not only in the island's charming towns and villages but have also influenced the food.

Elements of each culture have been incorporated to create a unique, harmonious blend of flavours with wine and olives from the Greeks, rice, saffron and cinnamon from the Arabs particularly in the west of the island, (couscous is as much a part of the Sicilian menu as pasta) and meat dishes from the Norman invaders.

Visitors to Sicily can look forward to a multicultural culinary experience. 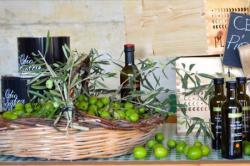 Mount Etna particularly contributes to Sicilian cuisine. With exceptionally rich and fertile soil on its slopes along with the mild climate, vineyards, olive groves and citrus trees flourish.

Local markets are brimming with locally grown and produced vegetables, fruits and herbs grown in the fertile soil and ripened in the warm Mediterranean sunshine. 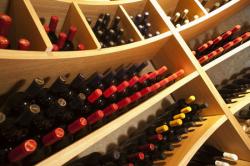 With more vineyards than any other region in Italy, Sicily is known for the quality and quantity of the wines it produces. Wine is an integral part of the Sicilian culture and a number of Sicilian restaurants pride themselves on their extensive local wine lists and well stocked cellars.

Among the local wines, try the Etna red, white and rose produced in the fertile soil of the volcano’s vineyards. Full bodied red or white Cerasuolol comes from Vittoria, near Ragusa. From vineyards near Palermo, Donnafugata is a fruity white wine. In the west Bianco di Alcamo is an honourable white wine popular around Trapani and Marsala from Marsala is the most famous of the island's dessert wines.

There are guided vineyard tours with wine tasting across the island where visitors can learn more about the production and varieties of Sicilian wine such as Santa Anastasia Winery in Castelbuono, Corvo Winery in Casteldaccia near Palermo, Florio winery in Marsala, Scilio Winery in Linguaglossa and Baglio del Cristo at Campobello di Licata near Agrigento. 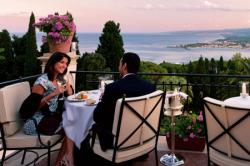 In Sicily there is a wide range of dining options to enjoy during your stay on the island from cheap and cheerful pizzerias to sophisticated restaurants for fine dining, with excellent local cuisine often featuring fresh fish and seafood as a speciality.

Sicily is very family orientated and children are welcome in most restaurants. Although they rarely have a children's menu, they will adapt portions and there is usually something that suits everyone. Please bear in mind that like the rest of Italy most restaurants make a cover charge and generally open at 7pm. 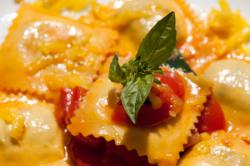 Sicilians learned to cook from poverty and mastered the art of making simple, humble ingredients go a long way. Pasta dishes are extremely popular and there are a number of pasta factories scattered across the island, such as in the town of Corleone, which has been in production for over 100 years.

It is even believed that Sicily was the birthplace of pasta, taking great pride in its selection of pasta-based dishes which often feature fresh herbs and seasonal vegetables. 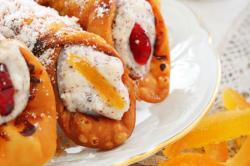 There is a 'sweet' side to Sicily's culinary history that is simply too delicious to miss:

Gelato is Sicilian ice cream with a wide variety of flavours; Cannoli are sweet Sicilian pastries topped with pistachios or chocolate flakes with a delicate ricotta filling that is piped into the pastry. Cassata Siciliana is a liqueur-soaked sponge filled with sweet ricotta and crowned with green almond paste, icing and candied fruits; Bacione di Taormina or 'Taormina Kiss' has a smooth filling of cocoa and almond, coated with chocolate or pistachios;

Granita has seen a huge revival being a semi-frozen dessert made from sugar, water and various flavourings, served with brioche. Originally from Sicily, which was thought to have been inspired by the ice-cold sherbet enjoyed by the Arabs, Granita has a coarser, more crystalline texture than sorbet that makes granita distinct and unique. However, it varies from city to city on the island - in the west and in Palermo it is at its chunkiest, and in the east it is nearly as smooth as sorbet. 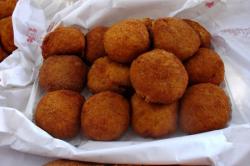 Arancini are popular fried balls of rice filled with ragù, mozzarella or even peas and breadcrumb coated; Pani ca meusa is a sesame flavoured bread stuffed with veal's lung and spleen often found in Palermo; Sfincione, a pizza-like snack topped with tomatoes, onions and caciocavallo cheese.

With so many wonderful gastronomic delights on this beautiful island, savour the flavour of Sicily with our Gastronomy Tour >

The highlight of any holiday in Sicily is the food and wine with unique flavours and local produce.

The fertile land around Mount Etna provides excellent growing conditions for some exceptional wines and with many hotels growing their own produce, you will not be disappointed. 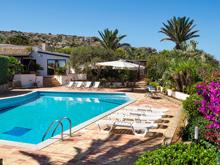 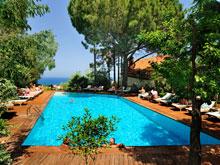 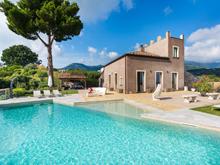 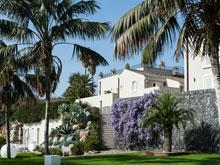